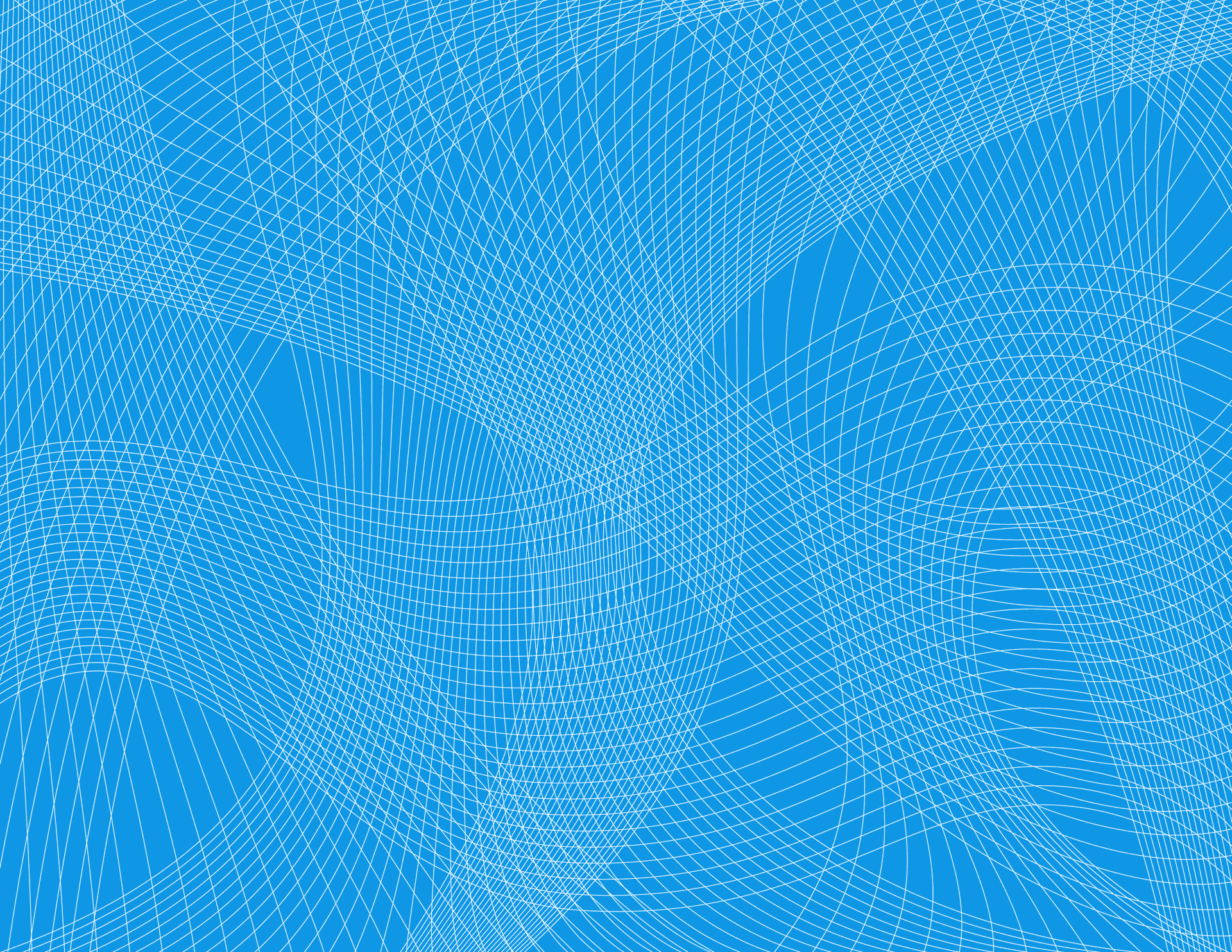 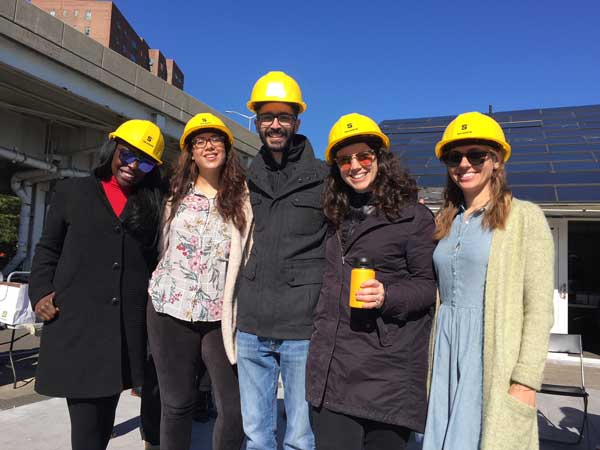 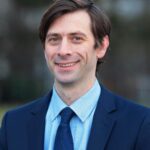 Stephen grew up in Plainfield, New Jersey and after graduating from Brown University in 2003, came to Brooklyn to work as a Community Organizer. He worked in the Housing office of Riseboro Community Partnerships (formerly Ridgewood Bushwick Senior Citizens Council) in Bushwick, Brooklyn from 2004-2006, running a Lead Safe House Program which relocated lead-poisoned children and their families and an Anti-Predatory Lending Program which worked with distressed neighborhood property owners to address the proliferation of predatory lending practices. From 2006-2009, Stephen worked with the New York State Assembly, where he worked on affordable housing legislation that affected thousands of New York State residents. Stephen was elected to the New York City Council in 2009 and served as Councilmember for the 33rd District in Brooklyn from 2010-2021. As Councilmember, Stephen negotiated dozens of land use projects and prioritized expanding affordable housing and open space including ensuring the City acquire and build the long-promised 27-acre Bushwick Inlet Park in Williamsburg. He sponsored legislation to remove PCBs from NYC schools and cosponsored the Climate Mobilization Act. From 2014-2021, Stephen served as Chair of the Council’s General Welfare Committee, overseeing the budgets and programming of the New York City Department of Social Services, Department of Homeless Services, and the Administration of Children’s Services. In this role, he focused on ensuring homeless individuals and families have access to permanent housing and that youth in foster care have long term support systems. He currently lives In Greenpoint, Brooklyn with his wife Ann and their two children. 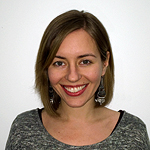 Karen Alsen, Director of Education
Karen Alsen has worked with Solar One since 2014. Karen oversees all Green Design Lab programs and is particularly excited about bringing Environmental STEM, climate and solar education to schools. After working in academic publishing for years, Karen took a job teaching at an afterschool program in the Bronx. It was there that she discovered the power of environmental education when she brought her students on a kayaking trip to the Bronx River. Since then, she has obtained an MS in Environmental Education from Antioch University in Keene, NH and has taught and designed curricula for Brooklyn Children’s Museum, Brooklyn Botanic Garden, City Science, Brooklyn Bridge Park Conservancy, Bronx River Alliance, Sustainable Learning, and LeapNYC. In her free time she loves plant foraging and wildcrafting, playing music, traveling and spending time with her Amazonian jungle dog- Mancha. 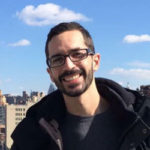 Geovani Caldero, K-12 Environmental Educator & Workforce Instructor
Geovani Caldero joined Solar One in 2017 as an environmental educator with experience in teaching biology and environmental conservation in formal and non-formal settings. A graduate from New York University with a Masters in Environmental Conservation Education, Geovani was a conservation leader for the Student Conservation Association in New York City. He holds a B.A in Secondary Education with a major in Biology from the University of Puerto Rico in San Juan.  While growing up in Puerto Rico, Geovani spent time outdoors in the natural world inspired by the traditional music of Puerto Rico. He loves to play Cuatro and Panderos because this music increases his love of nature and for his homeland. 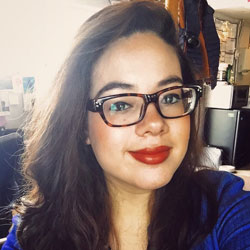 Amy Colorado, Program Manager for Curriculum and Instruction
Amy Colorado joined Solar One’s Green Design Lab in 2017. She delivers in-school programming to NYC students and professional development training to teachers interested in climate change, sustainability, and environmental change. As a native New Yorker, she enjoys being able to work with schools all throughout the city promoting environmental literacy. Amy holds a Masters in Environmental Conservation Education from New York University and a B.A. in Environmental Studies from the University of Rochester. Having previously taught for the New York Botanical Garden, American Museum of Natural History, and Girl Scouts of Greater New York, Amy has gained experience in hands-on, project-based learning. In addition to working with the Education team, Amy also assists with Solar One’s Green Workforce Training programs at Rikers Island.

Vera Figueiredo, K-12 Environmental Educator, NJ
Vera Figueiredo joined Solar One in 2019 as an Environmental STEM Educator to expand STEM programming into Newark, NJ.  Her experience in both formal and informal education shaped her philosophy of providing communities with knowledge and skills that can empower them to improve their environmental and social condition.  Vera holds a Masters in Environmental Sciences from the Institute for the Environment and Sustainability at Miami University, OH.  She has worked with organizations and schools in MD, DC, VA, PA, and NJ.  Her passion for the natural world motivates her to seek and share the overlooked beauties of NJ.

Sarah Pidgeon, Co-Director of Programs
Sarah Pidgeon joined Solar One in 2009 and saw the growth of Green Design Lab from a small scale pilot to its current reach of over 800 schools. Sarah is passionate about inspiring NYC students to bring sustainability into their schools and communities. Prior to joining Solar One, Sarah worked as an educator at the Center for the Urban Environment in Brooklyn, where she taught classes in Urban Design and Ecology. However, her real passion for environmental education began during her childhood spent as a camper and staff member at Frost Valley YMCA in the Catskill Mountains, where she was first exposed to sustainable practices like composting food waste. Sarah holds an MBA in Management for Mission Driven Organizations from Marlboro College in Vermont. 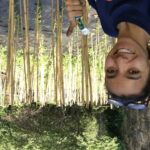 Michaela Ritz, K-12 Environmental Educator
Michaela Ritz is a proud Bronx resident dedicated to cultivating people and the planet. Inspired by the ingenuity and spirit of communities she frequents, Michaela seeks out opportunities to merge stewardship with inclusivity, habitat integrity, and learning. She enjoys being outside as much as possible and has experience in urban agriculture, hydro- and aeroponic technology, youth development, and service oriented roles. When she is not knee deep in tomato plants, she can be found taking endless pictures of her surroundings on her phone and listening to music; this is in part a function of documenting the efforts of her family’s non-profit for some time. With an undergraduate degree in Geosciences and a minor in Environmental Studies, Michaela enjoys learning various perspectives in the pursuit of intertwining lived experience with education, work, and play.